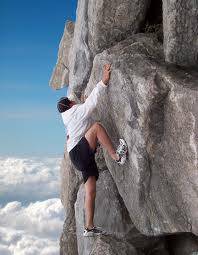 Way back in the early 90’s I was introduced to the idea of “Kaizen” by Anthony Robbins who called it CANI – constant and never ending improvement. I really fell in love with this idea and consistently applied it in my own life with astonishing results.

When I started teaching this concept to my students they all went, “whoa”, but very few actually applied the concept……consistently, why not!

It was only later that I realized why.

To shed a little light on this I’ll use the example of a Kaizen board.

A Kaizen board is a neat concept. It’s a visual tool that keeps track of all the ideas for improvements gathered across a team and then helps to analyze the status of ongoing improvement experiments. What people got from using a Kaizen board is to encourage everyone to participate in improvement process, visualize ongoing and planned improvements and give ourselves some sort of a tracking mechanism.

In practice the board did not work that well.

I don’t say it isn’t possible to make it work. I just say it’s unlikely.

To answer why I think so, I have to bring the old story repeated multiple times in the context of Lean. When Japanese started kicking Americans’ butts in automotive industry in the second part of twentieth century Americans sent their managers to see what’s so different in factories in Japan. Surprisingly enough Japanese were super-open and transparent with all the tools and practices they had in place. Americans meticulously noted all the novel stuff they learned and implemented the same tools and methods back home.

Guess what. It didn’t work.

It didn’t work because all these practices weren’t really game changers. The real game changer was underlying mindset that actually made these tools and methods work. By the way, this was also a reason why sharing all the secrets about practices wasn’t a problem. They weren’t nearly enough to make a difference.

We pretty much recreate the same story when we try tools like Kaizen boards or when we create Kaizen teams. We introduce a tool and believe it will change the game. It won’t.

If you tried using a Kaizen (CANI Constant and Never ending Improvement) board this picture may be familiar. There’s lots of stuff submitted to the board but very few, if any, real changes were observable in your working environment. Now ask yourself: what would it take for any team member to try something out. Would people need to get permission and a blessing before they changed the way they worked?

And then, when the thing failed, would they need to explain or ask forgiveness? Would they feel that they were co-creating the system they were a part of?

In most organizations I know these answers would tell you why your Kaizen (CANI) board or Kaizen team or Kaizen whatever doesn’t have a slightest chance to work. In fact, in such a situation a Kaizen board would just be a nice excuse. I’d had that awesome idea but it wasn’t accepted. I’d come up with that great improvement but there wasn’t time to implement it.

Except then you shouldn’t call it a Kaizen (CANI) board but an excuse board.

And the best part is: if you have right mindset and the right culture in place a Kaizen (CANI) board isn’t needed at all. People just run their improvement experiments. Of course some of them last and some of them don’t. Then you obviously can use a Kaizen board as a tracking and visualization tool. Unless you get there though – don’t bother.

Sit down for a moment and think how many times you started on the cycle of CANI and then for one or the other weird reason you just….stopped. Why do you think that happened. For the first ten people that respond to this question I will send a ‘surprise gift”. Just make sure that I get or have your email address