Over the next few weeks in our blog posts we’ll explore a little more about the nature of beliefs and how they are formed, before moving on to explore identifying, clearing, installing and strengthening beliefs, as well as insights on how to raise your consciousness and create a ‘paradigm shift’ in your life, in the subsequent follow up blog posts we’ll delve deeper into the aspect of beliefs and how to manage them!

Harnessing the power of belief can and will profoundly change your life on all levels.

You can re-invent yourself and your reality so that it reflects all that you wish to be, do and have!

“A belief is assuming something to be true, to be a fact. A belief is not caused, it is created by choice. A belief about a thing’s existence is not the same as its existence.” – Bruce Di Marsico

Beliefs are not the truth, just an accepted perception of such. What’s great about beliefs is that you can change them and choose those that support your visions and dreams and the truth of who you are.

Clearing negative beliefs and installing empowering ones is essential for creating a life aligned to your heart’s desires. 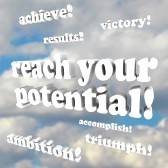 Your beliefs are formed during childhood and at other key times in your life. They can be shaped and influenced by family, peers, society, media, and so on and there may be a great many you are not even conscious of.

Your beliefs are primary components and building blocks of reality. They affect your thoughts, feelings, attitudes and actions, and literally shape and dictate your reality at a very fundamental level. They are the blueprints and literal constructs of your world.

Trying to engage the law of attraction at the level of thought and feeling without first addressing the level of belief is like painting over cracks in a wall. It might look clean and bright for a while, but it is only a matter of time before the cracks begin to appear again in your reality.

Perhaps you manifest a new relationship or job for example, only to find the same patterns, issues and agendas from your past resurface. The outer form may appear different, but the function will remain the same. It’s your beliefs that ultimately hold the reigns on the boundary conditions of your experience.

Nothing Changes Until You Do!

And I’m talking change deep down where it counts!

Okay, enough for now, get ready to delve into some real “deep” stuff next week.

One question before I sign of, I’m quite sure that there are some negative disempowering beliefs that you have that you are aware of, which one would you love to change immediately if you knew how? 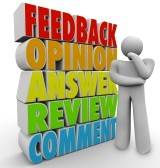