Einstein said you cannot solve a problem with same consciousness that created it, and herein lays the answer to all of life’s problems

Let’s use money as an example, to be more exact, getting out of debt. What do you actually need to get out of debt? Yes, of course most people will react be saying, “Money”.

Bear with me as we pull apart the crooked thinking that created this “lack consciousness” and put back together some structured thinking around getting out of debt, or for that matter any problem or an unwelcome life situation you are currently experiencing in your health, or fitness, or career etc…

I’m going to use getting out of debt as the example here as I need to work with one, and I promised you in the previous post that I’ll show you how to get out of debt. But it can be applied to anything you want to get out of really.

When people ask me how to get out of debt I tell them, they must first fix their brain by raising their level of consciousness. You have to remove the viruses from your “neck top computer” (Brain). Because as Einstein said, “No problem can be solved from the same level of consciousness that created it.”

However, people in debt DON’T WANT TO HEAR THAT… They want a plan for getting out of debt. 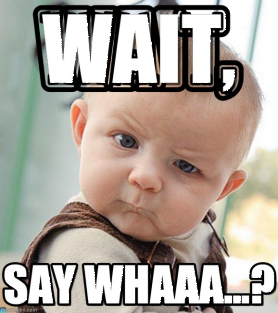 But that is the plan

People want to raise their level of consciousness later, after they are out of debt, or have lost weight, or have their dream job…

Success is a matter of doing the right things in the right order.

You cannot put the icing on a cake before you’ve baked it… But our egos tell us, “It’s alright for him, he’s done it, there’s a shortcut, you can find it, just keep looking…”

They are purposefully looking to distract you from the truth. Your ego does this all the time! Because you need the truth to make progress, and that’s the last thing your ego wants you making…

So people take the shortcut as that’s the one their ego wants them to take because it’s a trap to keep you trapped… And it looks like the easy route, but short cuts will give you short cut (term) results

So you can… attempt to get out of debt then fix the thoughts that created that.

But the chances are you will not get out of debt, and if you do you will then just fall back into it before you raise your level of consciousness to cope with your new brain/mind state…

YOU CANNOT SOLVE (Solve, meaning will not repeat) THE PROBLEM WITH THE SAME LEVEL OF CONSCIOUSNESS THAT CREATED IT! End of story!

Einstein told us what to do in his quote. He was saying, ‘if you want to solve a problem you must raise your level of consciousness by changing your thinking.’

If you read his quote above and did not get the solution to your current problem from it, then this once again is an example of how dangerous education is…

There was the solution and you missed it…

The problem is the debt, the solution appears to be money. 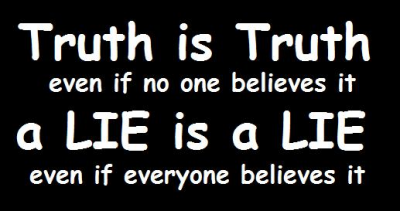 It’s not pretty, it’s not glorious like you’d like it to be, but it is the truth…

You can fight it all you want, but if you want to be free of debt, then nothing changes permanently without you fixing that lump of grey matter between your ears…

…And just in case you think this what I’m giving you here is the solution, it isn’t…

I can fix it for you today, and it may stay fixed for a while, but the answer is at best a short term fix. The answer I’ll give you is the answer, but not the solution.

The actual solution to getting out of debt comes from beginning and living a “neck top computer” virus free life… That is the solution, though your ego will find it easy to convince you that I’m just trying to sell you my Process…

Which it is of course right, but that doesn’t mean to say it’s not the truth, which of course it is…

If you actually want to get out of debt, you need to fix your “neck top computer” (brain), and that involves spending a bit more… on the solution I’m offering you by attending our workshop on the 13th or 14th or 15th January. More information on the tomorrow

A choice, and choice is the problem… 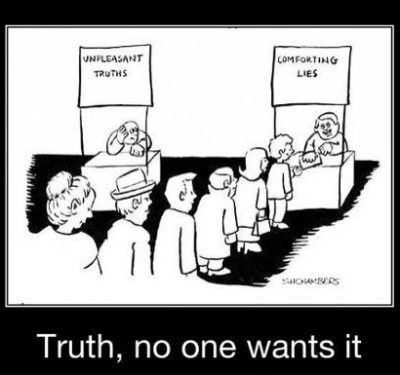 Or your ego tells you I’m wrong, tells you to have something to eat and takes your mind off of the solution…

An unconscious choice, and choice is the problem!

How is this making you feel?

Being uncomfortable and making your ego bounce about inside your head is actually good, because it means you can see it and hear it say things to you to defend its position and attack me…I’m an easy target after all as I have an ulterior motive which is to get you started on the Bug Free Mind Process!

Just observe your ego, you do not need to judge and in fact for progress you should avoid judging…

Judgement gives your ego leverage over you, even if your judgement is the correct way… But your continued observation gives you power over your ego as you do not allow it to gain any leverage because you are… ‘just looking.’

So you first have to fix your “neck top computer” brain’s thinking/consciousness so you have a solid foundation. 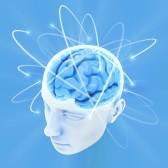 I would love to tell people just do this, this and this and you’ll be out of debt!

But it doesn’t work that way. Even if I can give them a direct fix, it won’t stay fixed because they haven’t fixed the core problem that created the debt it in the first place…

This goes for anything you want rid of…

Let me explain what the answer and solution is now…

So that’s what I did and each time I did it I fixed the problem. Then each time I let my “neck top computer” slip out of the high level of consciousness I’d raised it to, then the debt’s came back or they came back in other forms of lack.

Because raising your level of consciousness from lack to abundance is required to solve the problem of lack. But previously I hadn’t put in place a process to make sure I maintained the abundant thought.

This is why I decided to make the Cybernetic Transposition work my focus for life… Quite simply so that I never let my “neck top computer” slip again! I consider it that important, that I have made it my life’s work not just to teach, but to make sure I remain in abundant thought. I’ll tell you more about the CT process as we go on (Tomorrow)

Because as any person who is rich will tell you, making the money was the easy part, hanging on to it is the hard part. I lost it once big time, and that not happening again was essential for the rest of my life.

But we’re talking about debt, not riches…

The second step of getting out of debt, once your “neck top computer” is at least 85% Virus Free. Is to design your life so that the debt can no longer exist.

In other words, you design your life so that you’ve created value and made money and are living a life to your design as a result.

Therefore achieving that design means that the current debt can no longer be there because you at some point on your journey, simply got rid of it.

What I decided to do was design my life so that I would be fabulously rich for the rest of my life. But what happened to me the first time I got rich was that it happened so fast I missed out on a lot of the pleasure that real riches can give.

And this is my invite to you, why don’t you make a firm decision today to join the “Cognocrazy Tribe” and let’s together design a life of exquisiteness for you

Let me ask you a question:

Six frogs were sitting on the fence. One frog decided to jump off. How many are left?
If you answered five, you’re wrong.

The correct answer is all six are still sitting on the fence.

Because I said “One frog decided to jump.”

But did he really jump?

Unless you act, nothing happens. I’m going to give you an invite tomorrow, act on it immediately, your life will never be the same again.

The best time to raise your level of consciousness would’ve been decades ago, the second best time to do it is now.

Love your hear your feedback on this one