Okay let’s delve into the “reality of this statement. This will be the first article in a series that I’ll write to explain to you exactly what the “Secret” is, where it is hidden, how we can discover it and how we can use it to manifest the life of our dreams, spiritually, intellectually, emotionally, physically, in all our relationships and, thank God, financially.

I’ve discovered this “secret” after 27 years of research, and boy, what wonderful discoveries did I make along the way. Now, in sharing this “secret” with you I’m going to save you 27 years of your own research. “Thank you Ockert”, “It’s my pleasure”

Okay, let’s jump in. Hold on to your hat, fasten your seat belts, the train is about to leave the station

“The best way to hide something is to keep it in plain sight.”

Those were the words that drifted across the dusty road leading into the Taos Pueblo on a hot afternoon in August of 1991. I’d set the day aside to explore the place that held such an attraction for some of the most inspirational creative figures of 20th century. From Ansel Adams and Georgia O’Keeffe, to D. H. Lawrence and Jim Morrison (from the rock group the Doors), the mystique and beauty of the high deserts has changed the lives of artists and their art.

I glanced in the direction of the voice to see where such a curious statement had originated. Across the road I saw a small tour group following a beautiful Native American man as he led them through the main plaza of the pueblo.

As I stepped closer to hear what the young guide was saying, I quickly became part of the crowd that was shuffling toward the central part of the plaza. While we were walking, a woman in the group asked the guide about the spiritual beliefs of the Tewa people (the name that the original Taos natives called them-selves based on the red willows that grow along the river).

“Do you still practice the old ways here, or do you keep those things hidden from outsiders?”

“The old ways’?” our guide echoed. “You mean like old medicine? Are you asking if we still have a medicine man around here?”

Now the guide really had my attention. Five years earlier, I had walked into the same pueblo for the first time and had asked the very same question. I’d quickly discovered that the spiritual practices of the local people are a sensitive topic, something that isn’t shared openly beyond close friends and tribal members. When such a question comes up, it’s not unusual to find that the subject is either changed quickly or simply ignored altogether.

Today, however, neither happened. Instead, our guide offered a cryptic reply that left more of a lingering mystery than it offered answers. “No way!” he said, “We don’t have medicine people here any longer. We’re modern people living in the 20th century, with modern medicine.”

Then, as he looked directly into the eyes of the woman who had asked the question, he repeated the sentence that had drawn me to the group only moments before: “The best way to hide something is to keep it in plain sight.”

As the words left his mouth, I could see the twinkle in his eye. He was letting her know that while “officially” the medicine people no longer practiced, their wisdom remained—safe, sound, and protected from the modern world.

Now it was my turn to ask a question. “I heard you say that earlier,” I said. “Just what does it mean to hide something ‘in plain sight’? How do you do that?”

“Just what I said,” he replied. “Our ways are the ways of the land, of the earth. There is no secret to our medicine. When you understand who you are and your relationship to the land, you understand the medicine. The old ways are all around you, everywhere,” he continued. “Here, I’ll show you …..”

Suddenly our guide turned around and began retracing his steps back toward the pueblo entrance we had just come from. Pointing to our left, he began walking toward a building that was unlike anything I’d ever seen before. 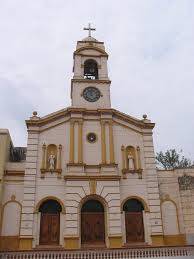 As we left the road and walked along the side of an ancient-looking wall, I found myself staring at what looked like a cross between the thick buttresses of an old frontier fort and the unmistakable bell towers of a chapel—a Catholic chapel—that had been built 400 years before.

Our guide laughed at our surprise as he opened the gate and motioned us into the courtyard. It was old and beautiful. As I stood in front of the main entrance, I held my camera up to capture the brilliance of the deep blue New Mexico sky that surrounded the silhouette of the bells still hanging in the towers.

When Spanish conquerors first arrived in the pristine wilderness of northern New Mexico, they weren’t prepared for what they found. Rather than the primitive tribes and temporary homes that they’d expected, they found an advanced civilization already in place.

There were roads, multi-storey homes (jokingly called America’s first condominiums by today’s residents), passive solar heating and cooling, and a system of recycling that left virtually no waste from the entire population.

The early pueblo people practiced a powerful spirituality that allowed them to live in balance with the land for more than a millennium. All of that changed quickly, however, after the explorers came on the scene.

“We already had a religion,” our guide explained, “but it wasn’t what the Spanish were looking for. It wasn’t Christianity. Although our beliefs had many of the same ideas that you find in ‘modern’ religions, the Spanish didn’t understand. They forced us to accept what they believed.”

It was a difficult situation for the early pueblo residents. They weren’t nomads who could simply pack everything and move to another valley.

They had permanent homes that protected them from the hot desert summer and insulated them from the harsh winds of the high-altitude winter. They couldn’t turn their backs on a thousand years of traditions that they believed in, nor could they honestly embrace the God of the Spanish explorers.

“The choice was clear,” our guide continued. His ancestors had to conform to the religion of the explorers or lose everything. So they compromised. 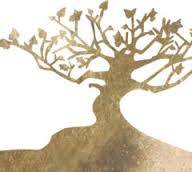 In a manoeuvre of sheer brilliance, they masked their beliefs, hiding them in the language and customs that satisfied the Spanish. In doing so, they kept their land, their culture, and their past intact.

I ran my fingers over the hammered studs that held the old wooden planks of the door in place. As we stepped inside the little chapel, the sounds of the bustling pueblo outside fell away.

All that remained was the still, quiet air of this 400-year-old holy place.

As I looked around the sanctuary, I saw images that were vaguely familiar, similar to those I’d seen in the great cathedrals of Peru and Bolivia, the icons of Christianity. But something was different here.

“The Spaniards called their creator ‘God,” our guide broke the silence. “While God was not quite the same as our creator, it was close enough, and we began to call our Great Spirit by the same name. The santos (saints) that the church recognized were like the spirits that we honour and call into our prayers. Mother Earth that brings us crops, rain, and life they called ‘Mary.’ We substituted their names for our beliefs.” So that explained why this church looked a little different from those that I’d seen in the past.

The outward symbols were masking a deeper spirituality and the true beliefs of another time.

Of course! I thought. That accounted for why the clothes of the female saints change colours throughout the year. They do so to match the seasons, with white in the winter, yellow in the spring, and so on. And that’s why the images of “Father Sun” and “Mother Earth” peek out from behind the saints on the altar.

“See, I told you. Our traditions are still here, even after 400 years!” our guide said with a big grin on his face. His voice echoed through the empty space below the exposed timbers and vaulted ceiling. As he rounded the corner at the back of the room and walked toward me, he clarified what he meant. 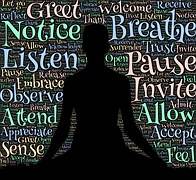 “For those who know the symbols, nothing was ever lost. We still change Mary’s clothes to honour the seasons. We still bring flowers from the desert that holds the spirit of life. It’s all here, hidden in plain sight for everyone to see.”

I felt that I had gotten to know our guide a little better. I couldn’t imagine what it must have been like for his people when everything changed four centuries ago. I had a renewed respect for the strength and courage, as well as the ingenuity that they had to have had in order to mask their traditions with another religion. Now the mysterious words that I’d heard less than an hour before made sense. The best way to hide something is to place it where no one expects it to be: everywhere.

Like the people of the Taos Pueblo cloaking their spiritual beliefs in the traditions of modern religion, is it possible that we’ve masked a great secret as well?

Could something as simple as our heartfelt belief really hold so much power that mystical traditions, the world’s religions, and even entire nations were built around it? Just as native wisdom has been hidden in the plain sight of another tradition, have we done the same with what has been called the most powerful force in the universe? The answer to each of the questions is the same: Yes!

The difference between our secret and the hidden religion of the pueblo is that the native people have remembered what they placed into hiding four centuries ago. The question is: Have we? Or has something else happened?

Have we concealed the power of belief from ourselves for so long that we’ve forgotten it while it remains in plain sight?

While there are many explanations as to how such powerful knowledge could have been lost for so long and why it was hidden to begin with, the first step in awakening the force of belief in our lives is to understand precisely what it is and how it works.

When we do so, we give ourselves nothing less than the gift of speaking “quantum”—and programming the universe!

And no, this wasn’t me in the above narration; it’s an expert from the book “The Spontaneous Healing of Belief” by Greg Braden (Reprinted with permission), but it in a nutshell conveys everything I’m about to share with you.

I’m an ardent student of the Bible (my version of it, I’m definitely not into organized religion), for many years I’ve been “trying to prove” Ephesians 3:20 as being a reality, “God is able and just to give exceedingly, abundantly, above that which you may ask, pray or even think about, according to the power that works in you”. But there was always this sense of…”I’m missing something” 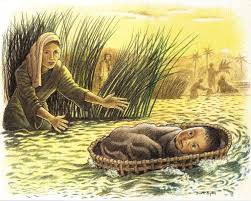 And then it dawned on me, the Bible teaches us about two people that had the “job” of taking humanity out of bondage, one in the Old Testament – Moses, and one in the New Testament – Jesus.

So, of to Egypt we’ll go in our next post, and I will show you what method the Ancients used to “hide the secret in plain sight”

Hint, it has to do with the Great Pyramid of Giza, the Temple of Luxor, the missing capstone of the pyramid that we read about in Zechariah and finally the parallels between the Tabernacle of the Old Testament, Jacob’s ladder, King Solomon’s temple and your body as a temple. 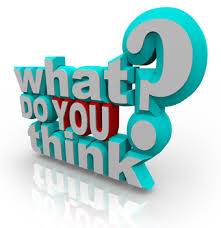